A story that reaffirmed the importance of teamwork after manufacturing a competition fence with excellent design.

At Katsden Architec, we were able to produce a barrier fences for triathlons and indirectly participate in the 2020 Tokyo Olympics.

There will be some who wonder:

“What are triathlons?” “Fences for triathlon ??”

The first triathlon was held at San Diego, California, USA on 1974. The triathlon is a 3-event endurance sports in which athletes compete sequentially in swimming, cycling and running.

When observing the athletes perform, I felt that it was a tough competition. Without practicing, it would be difficult for me to complete one part of the event.

It was a day in the year of 2014 when we received a phone call from the Japan Triathlon Union (JTU).

Katsden: “We make handrails not fences.”

JTU: “They are similar. Can you consider to cooperate together?”

The conversation went as above.

When the existing fences become old, JTU requires us to reflect new functions in addition to the existing ones.

(The image below is the old fence being used by JTU)

We began conducting a survey with the fence that JTU is using.

As we proceeded to the arrangement, we started moving the fence into the designated position. Each fence weighs about 30kg, it cannot be lifted by one person, so we had to invest more manpower to arrange the fence.

Through the survey, we managed to find new functions:

– Lighter than the old one.

– Difficult to fall down even when a person leans or touch.

Moreover, since Katzden Architec had done that, I also wanted to consider the design. So, we asked Alegre Design to design it.

Alerge Design, a Spanish product design group, has shaped many products in Katzden such as: the Athletic Series, D-NA and Necono Ma.

He seemed to have no experience in designing fences before. With the short time given, he still decided to cooperate with us as a reliable partner.

When I sent the requests to Alegre Design, several ideas appeared within two weeks.

The following image is some ideas from Alegre Design.

Although the design itself is good, the following points are still problematic, and a design to solve them is essential.

1/ Definition of “force-resistance efficiency” is unclear

3/ The materials and handling cost are too high

→ Leaving the required design as a function

Therefore, we requested that the following proposals be renovated and operated based on them.

Tough work with the blueprint

In order to meet the requirements, the difficult part is, of course, the design. However, the production department also encounter more difficulties than we thought.

Some part of the fences are are outsourced since they cannot be manufactured internally. But when put into trial production, the production speed are not as smooth as expected.

To further increase the force-resistance efficiency, we created an additional groove at the foot of the fence and it was technically very difficult.

In production, it is often difficult to create a product even if you expect it to resemble the drawings.

The production department has solved this problem by combining with a factory with a high quality and fully equipped system where it can be mass produced and extremely fitted with the original design.

After starting the trial production process and got complete feedback on all steps. We hadproduced a staggering 800 units of fencing in a month since the last use confirmed.

A fence combining design and functionality

If you have not seen the fence in detail, you can find out by comparing the fence with the Before and After pictures.

It can be seen that Kaztden Architec’s unique and minimalist design has made the fence structure as simple as possible. Create a stable combination of features and style.

The fence above is a product created by an idea from Alegre Design. The design and production capacity of Katzden Architec and its cooperating suppliers as subcontractors.

From the beginning until today, there are various difficulties in the process of developing and completing a product. It took us about five years since it started in 2014, and there are issues that we cannot mention here.

This is a completely new challengeto us. Of course, there will be many difficulties in working but we have realized a very important factor that is “Strength from each person”. We recognize the spiritual power at work to help us work together on new and challenging projects that await us.

Sport is the same, when observing, you will be overwhelmed by “The power of every human being”. Therefore, if we do not work at different backgrounds even in places that are not visible on the desk. I wonder if we -“Kaztden Architec” will be involved in this memorable project ?!

Katzden Architec is the sponsor of the Japan Triathlon Union in this regard.

If you are interested in this contest called Tetsujin Race, please see different races held in Japan and abroad.

In addition, Katzden Architec has became the official sponsor of the Japan Triathlon Union (JTU), an organization that incorporates public interests.

We hope to be able to support this contest. And hope that the competition will receive much attention from everyone. 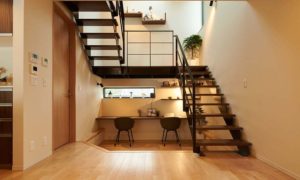 How to create a workspace where you can concentrate when working from home? 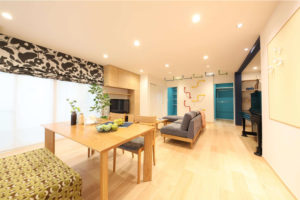 The Importance Of Indoor Play Areas 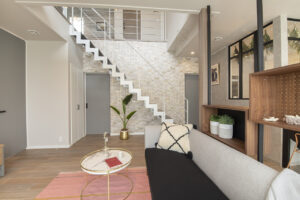